You are at:Home»New in CSDev»BCSDN News»Macedonian CSOs Finalize and Sign the National Civil Society Code

Over 90 CSOs took part in the festival, interacted with citizens and presented their activities and their contribution to bringing positive change to the country.

A significant part of the festival was dedicated to the official launching and signing ceremony of the national Civil Society Code, coming after months of inclusive preparations of the Code. The Code of conduct is an initiative of more than 50 organizations to take a significant step forward, towards the promotion of self-regulation in civil society, led by MCIC.

BCSDN has contributed to the process by providing mentorship during the drafting phase of the Code in line with the Global Standard for CSO Accountability. In addition, BCSDN has contributed to raising the capacities and the understanding of the dynamic accountability concept among the Macedonian CSOs as part of its Global Standard for CSO Accountability project and has facilitate a peer to peer exchange with CSOs Albania for discussion lessons learn from a similar process undertaken there.

The Civil Society Code is based on the principles of respect for human rights, justice and equality, as well as accountability and transparency as supreme democratic values.

More information about the event you can find (in Macedonian) here. 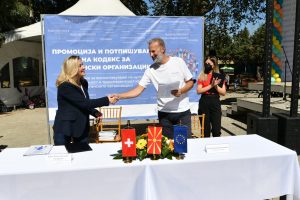 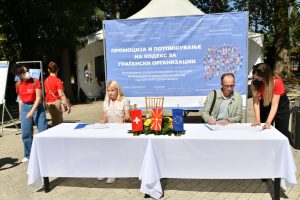 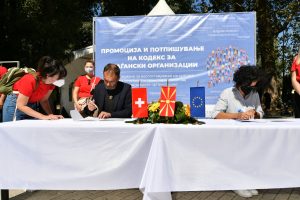