You are at:Home»New in CSDev»BCSDN News»8th EESC Western Balkans Civil Society Forum: Civil Society Should Be Fully Involved in the Enlargement Process and Discussions on the Future of Europe

The hybrid event, brought together over 100 participants, including representatives of civil society, EU institutions, international organizations, and governments of the region. The main topics were how to enhance the accession process, the contribution of civil society organizations to the process; the post-COVID recovery, the state of social dialogue, as well as enabling civic space in the Western Balkans. 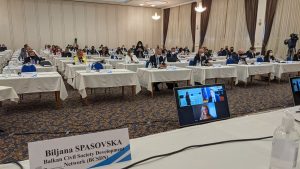 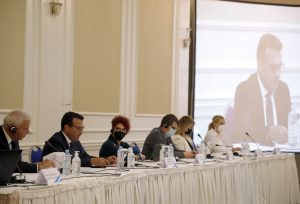 Ms. Christa Schweng emphasized the need for civil society to play a prominent role as a control mechanism that guarantees the quality of the EU accession process, while Mr. Gašper Dovžan profiled the enlargement process, not as a technical,  but a rather geostrategic priority that requires political will on both sides to move towards common goals. Mr Oliver Varhelyi summed up his view towards the enlargement process as “an investment in the peace, the stability and the wellbeing of the region”. Ms. Jasna Jelišić`s address focused on the importance of the EU’s support to the Western Balkans and how responsibility for successful communication and progress is shared among the EU and the Western Balkans. 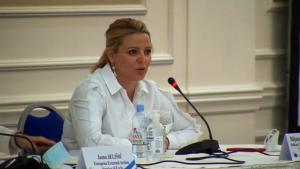 Ms. Spasovska stressed the concerns on the decrease of CSO involvement in the enlargement process and the lack of political will for bringing back the omnipresence of civil representatives in the policymaking. She also noted a serious lack of CSO consultation in the IPA III CSF and raised concern regarding the discouraging way of planned support to WB CSOs, jeopardizing the development and local ownership of CSOs in the region.

Two panels were organized on day 2 of the event, “The state of social dialogue in the Western Balkans” and “Achieving an enabling civic space in the Western Balkans”. Several BCSDN member representatives took part in the second panel, sharing their experiences and recommendations, supporting the network’s findings and positions. 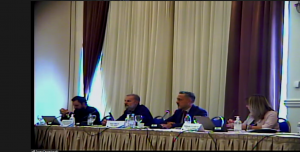 Mr. Dren Puka from the Kosovar Civil Society Foundation noted how besides the generally satisfying legislation in Kosovo, the overall state of the civil society has kept the status-quo for many years. Aida Daguda from the Centre for Promotion of Civil Society noted the need of local ownership to be in focus and supported by all relevant stakeholders while putting special emphasis on the need for further improvement of the relationship and cooperation between the government in Bosnia and Herzegovina and civil society organizations. Maja Stojanovic from Civic Initiatives (Serbia) recommended that the state should not be abolished from the obligation to implement laws due to the fact they are developing and adopting even better ones. The rule of law should be the first step, followed afterward by developing a better legal environment. In his address, Aleksandra Krzhalovski from the Macedonian Center for International Cooperation stressed how WB countries’ accession to the EU perpetuates practices of bad governance, autocratic and corruptive behavior that is diminishing the efforts for higher standards and values, resulting in disappointed and inactive citizens. 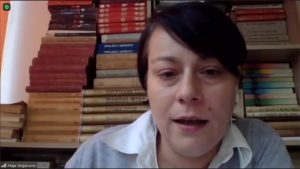 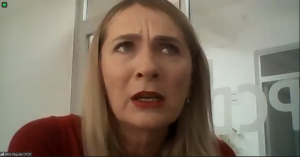 After a discussion and adopting the Forum conclusions, the 8th Western Balkans Civil Society Forum concluded with adopting and issuing a final declaration with recommendations from CSOs, which is available here.