You are at:Home»Blogpost»Get Talked About by Someone Who Everybody Talks About 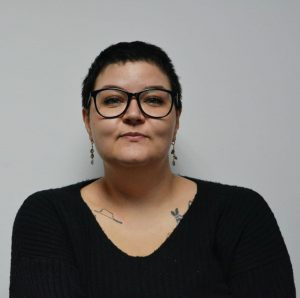 What is the secret of successfully influencing political decisions on burning issues by creating public pressure?

You make those issues everybody`s issues!

Let`s make one thing clear at the beginning. We are not talking about creating problems where there`s none, rather than finding ways to make your problem visible to the people outside of your community.

Often, people are not lethargic or just “not interested” in current events. It is more likely that just do not share the same “news bubble” with you and do not have the same timely access to relevant information which might raise their concerns.

What is crucial for the process of informing a wide audience is to always keep in mind that you are not talking to yourself or the colleagues with whom you are sharing the morning coffee over office talks. Yes, there is no “one size fits all” approach, but we are all very well aware of how certain people, events, and channels are simply better established or liked by a significant number of people.

For example, when Leo Di Caprio won his first Oscar for Best Actor in The Revenant, many argued that the awarded performance was not even in his top 5 performances. Some tough he has earned the award since he played the brilliant genius in the Catch me If You Can, while others were still stressing out how Leo has outdone himself in all those plot twists in the Inception.  Regardless of their views, everybody was talking about it.

Now, just imagine what would happen to the decision-making process if someone about whom everybody talks about, starts talking out loud and demanding responsibility on the issue your community Is concerned about?

We gonna take a short detour from the daydreaming and continue our trip to the equally dreamy flow of the Vjosa River. Located in the transboundary area of Albania and Greece, the Vjosa River is the last wild big river of Europe. Its course of 270 kilometers is untamed and free-flowing, characterized by beautiful canyons, braided river sections, oxbows, meandering stretches, and islands covered with vegetation.

Ever since the announcement of the government concession of the natural resources of the Vjosa River for building a hydropower plant in 2014, the idea of the total devastation of the beautiful, bio-diverse wildlife has been keeping alive local ecologists and global science.  The European Parliament adopted the 2021 Albanian Progress Report which urges the protection of the Vjosa River, Albanian scientists, supported by colleagues from Austria and Germany, raised their voices for the Vjosa and especially against the ongoing process in regards to the Kalivaç dam project, and the Prime Minister have stated “There are no hydropower plants to be built in Vjosa, I cannot stop agritourism in the whole valley…The story is over.”

The challenge for saving Vjosa is still evident. The time for celebration will occur when Vjosa will be declared “National Park” with different categories instead of “Natural Park”

The short answer would not be as categoric as one might think. Much and nothing, at the same time.

Shifts of political attitude, especially in the pre/post-electoral periods are something people from the Western Balkans are fairly used to.

A group of enthusiastic people, Organic Agriculture Association dedicated significant time and energy to making the repercussions of the hydropower plants on the Vjosa River as visible as possible by implementing a comprehensive awareness-raising campaign.

How was this campaign different from the other environmental campaigns?

The campaign got talked about by someone who everybody talks about.

Leonardo DI Caprio got featured in the campaign on saving Vjosa River, repeatedly demanding from Albanian authorities to take the right action on this issue. After Leonardo Di Caprio, the famous British singer Ellie Goulding joined the campaign as well.

The campaign implemented by Organic Agriculture Association is one of the most significant and effective CSO-led, environmental campaigns ever implemented in the region. Their awareness of how you don`t have to have too much in common with someone to have a mutual interest in a certain topic was one of the keys to the success of this campaign. The other key was, of course, Leo Di Caprio.

Jokes aside, for channeling the right message, you should always find your champions – well-established advocates whose engagement would confirm your credibility for those who are not much familiar with your work.

What do you wanna save?

You don`t have to save national treasure to make a positive impact in your community.

This is your sign not to quit on your idea!

No one can promise you that Leonardo Di Caprio will retweet your post, but you can click here and find out more on our Ad-Hoc fund through which the campaign on saving the Vjosa River was supported. We just might be able to make one more thing right together.